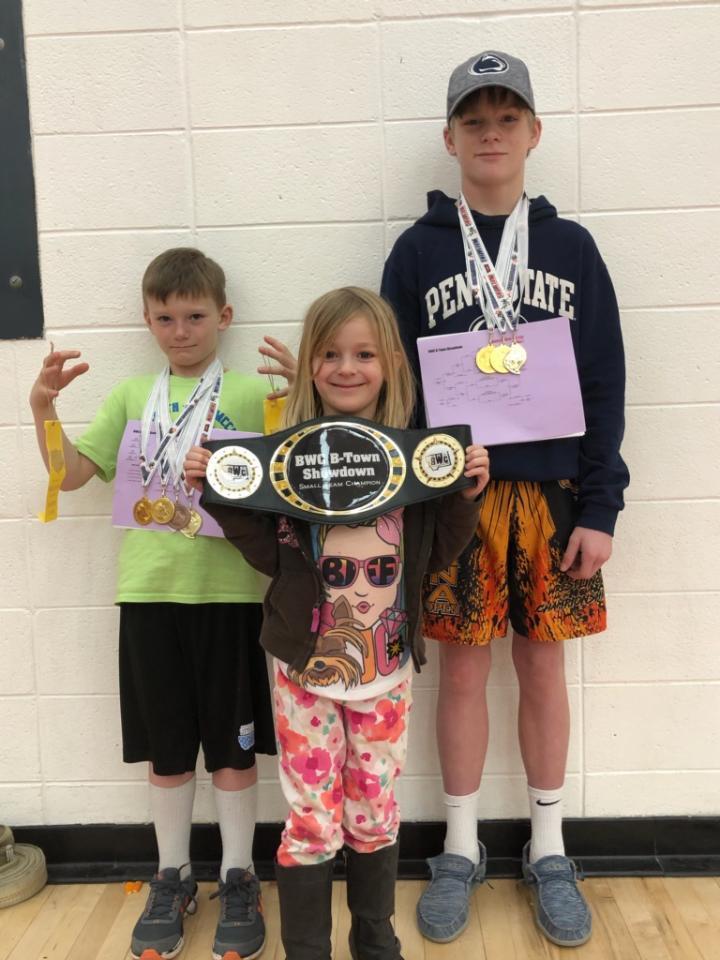 Layne Carter was a champion in three different styles of wrestling couple of weeks ago: Greco, Freestyle, and Folkstyle!

Younger brother Logan was equally impressive considering he wrestled in two different brackets for both days of wrestling! He brought home three firsts, a third place, and a 4th place.

As for Lilly she did not wrestle she is just their #1 fan!!

As for the belt they are holding, it's for winning the smallest team category, they were 13th out of 25 other teams, not too shabby for only two boys!

The tournament was Billings Wrestling Club B-Town Showdown in Billings.